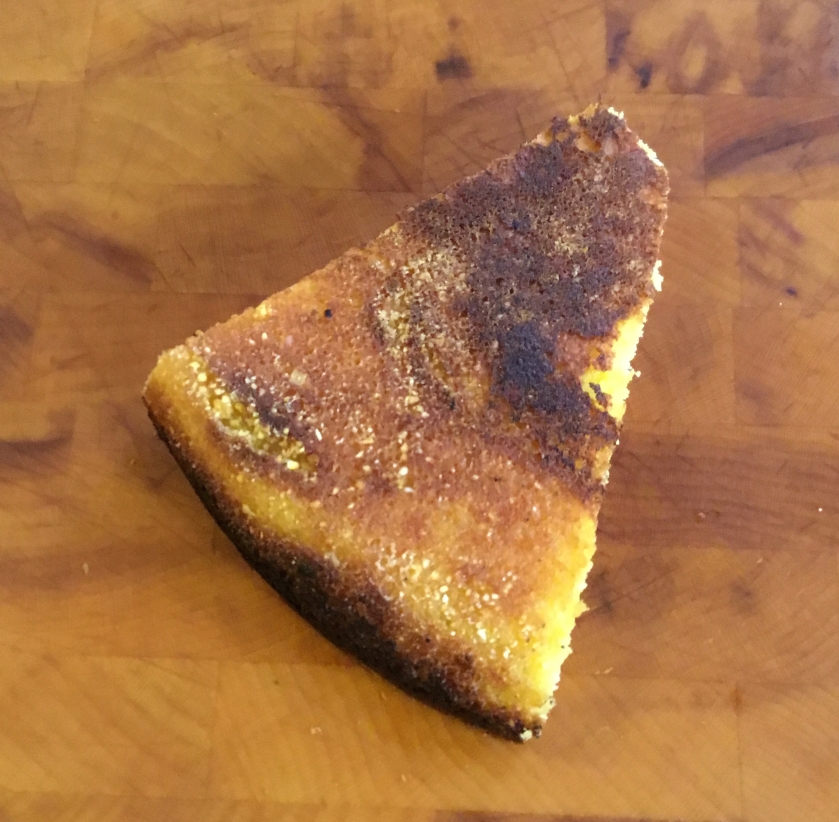 I only took one small bite. I swear.

Rub a piece of butter the size of an egg, into a pint of corn meal–Make it a batter with two eggs, and some new milk–add a spoonful of yeast, set it by the fire an hour to rise, butter little pans, and bake it.

Using yeast as a leavening agent makes for a slightly finer texture than with baking powder cornbread, as I discovered when I made this. Here’s the recipe I used:

Butter the pan, or do what I did, and lube up the pan with lard.

Salt and a little water were my only additions to the original recipe. Keeping it old school, I cooked it over hot coals. Temp was uneven, but cast iron cooks better than almost anything. 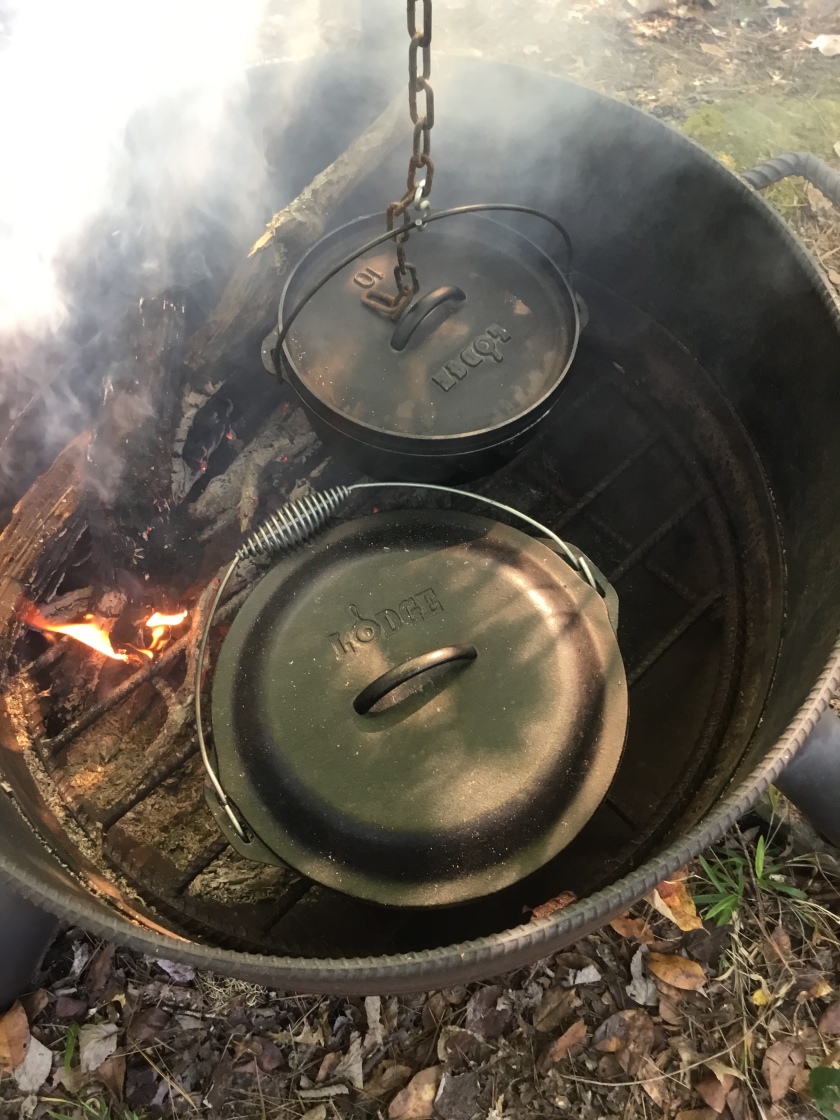 The result? Would have been a grand slam with more salt. Still, this is a superior recipe. More people should try cornbread made with yeast. I’ll make it again for Thanksgiving.

Writer, Woodworker, and Happy Eater View all posts by southernfusionfood

This site uses Akismet to reduce spam. Learn how your comment data is processed.

Celebrating Trades, Crafts, and Tools in American History and Their Impact on Our Lives

YA author supporting other authors

because facts really should be sacred

Or not, depending on my mood

A Haven for Book Lovers

a little lunch, a little wine, a LOT of talking!

Citizen Sketcher
Aurora Librialis
This, That, and The Other

Tales of quilting, gardening and cooking from the Kingdom of Chiconia

Refuge of an assumed danophile...

Serving Yaoi and BL Novels since 2017

this is... The Neighborhood

the Story within the Story

Beauty lies within yourself

The only impossible journey in life is you never begin!! ~Tanvir Kaur

A daily selection of the best content published on WordPress, collected for you by humans who love to read.